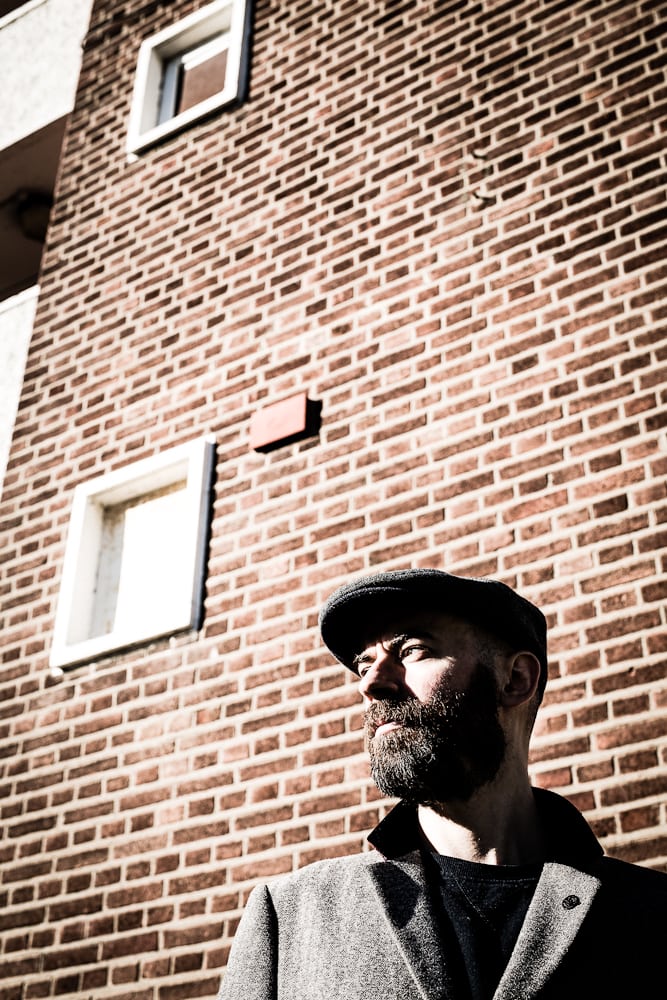 I shot some creative portraits for writer and poet Karl Parkinson recently in the place where he grew up, O’Devaney Gardens, which is currently being demolished. I used the existing blocks, barriers and rubble as a backdrop with the direct sunlight as a light source, and the squinting for dramatic effect – not usually appropriate for a portrait, but it worked a treat here. I used shallow depth of field created by my newly acquired Sigma 50mm f1.4 Art series lens, which is huge and heavy compared to its Canon equivalent but worth it – a beautiful piece of kit. Everything was shot on a Canon 5d111. We spent about an hour and a half exploring the site and shooting against the different terrains.

Karl  is a writer from inner-city Dublin. Butterflies of a Bad Summer is his second collection of poetry. The Blocks, his début novel was published in 2016 by New Binary Press. In 2013 Wurmpress published his début poetry collection, Litany of the City and Other Poems. His work has appeared in the anthologies, New Planet Cabaret (New Island Press) and If Ever You Go: A Map of Dublin in Poetry and Song (Dedalus Press), and Even The day Break: 35 years of Salmon Poetry, as well as in several journals, including The Stinging Fly, The Poetry Bus, Penduline and many more and in The Irish Times and Dublin Inquirer newspapers.

Karl is one of Ireland’s most acclaimed live literature performers and has read by invitation at festivals and events in Ireland, the UK, the US and Canada, including The March Hare, Lingo, The Nuyorican Poets Cafe, Electric Picnic, and the Irish embassy in London. His work has been broadcast on RTE1’s Arena Arts show many times. In 2015, he featured on the Setanta Ireland live TV New Year’s Eve show and has featured on RTE Entertainment.ie. In 2016 he had a short documentary film made by FilmBase about him and his work, Poet From The Block, which also featured in The Irish Times.